fuoriClasse – A School of Their Own

Montecucco, Rome. In a small primary school made of red bricks, in a red brick working class suburb, a class of fourth-graders starts building an online radio station, “Radioscuola”.
They fly through the airwaves out of the classroom, describing and redefining the small world around them. Then, they travel further, outside the capital, in a curious and funny dialogue with other children from around Italy who stay in the periphery of Padua, in a small village in Tuscany surrounded by woods (Ronta), in Gianturco quarter, stuck between the station and the port in Naples, in Craco Peschiera, in the countryside of Matera and in the hinterland of Milan (Rho).
All these pupils make amazing things in their schools: they speak with donkeys and explore with them the city and the rural area around the town, they build sensationally huge red horses in papier-mâché, they discuss on the themes of Sophocles’ Antigone in public squares, they interview the elders to know more about the history of their abandoned town, they chase the traces of wolves along mountain footpaths.
Through these fascinating stories, the children of the online radio shows how creative and funny is to go to school when it’s open, horizontal and fascinating. At the same time, they discover Italy too, from south to north, giving dignity, maybe unconsciously, to childhood thinking.
Slowly, the seasons changes and the kids grow up the, while the story extends beyond the activities of the workshops and tells a little bit of what means to live in a mountain village, in Lombard suburbia or in the Basilicata countryside.
Fuoriclasse tells what’s Italy today from the point of view of children. 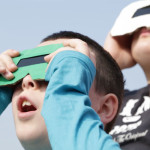 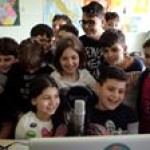 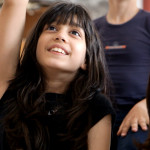