Tv News Focus – The Logbook of a Country

Every day in our country, between 6.30 p.m. and 9 p.m., more than 20 millions of people watch the news on the three RAI channels, on the Mediaset channels, and on La7.

According to the statistics, for 84,6% of the Italian people, TV news are the main source of information. And yet nobody questions how the news are pieced together and communicated, or how much can they influence the Italian public opinion.

Alberto Baldazzi, broadcast journalist for thirty years, is doing precisely this in his attic, following primetime TV news every evening and filing in his archive each news headings. Thanks to such a precious work of analysis – achieved almost exclusively for free – he is able to provide a critical review of the news environment and of its connections with politics, as well as of the clear limitations imposed to journalism in Italy. His critical review is hosted by several TV shows.

EU013 – THE LAST FRONTIER. Every year in Italy, thousands of foreign citizens are kept inside the Identification and Expulsion Centers because  they lack a regular residence permit. The may be kept there up up to a year and a half without being guilty of a crime and without being convicted by a  judge.
Share 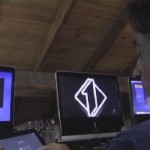 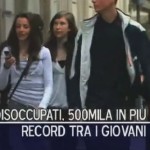 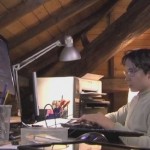