When it comes to tales of real life, an asymmetrical relationship of power is established between those who recover and those who have recovered. Even apart from the malevolent manipulations, those who resume have the power to rewrite the life story of those who have resumed.

When we talk about fragile categories or on the margins of society, how do we then come out of stereotypical and flattering solidarity, or ignorant and mystifying stigma? Our proposal is simple and radical: to restore control to those who are usually only shown, to claim a story for those who are routinely removed, confined to non-existence. The world, told by those who live it.

The aim is to create narratives that communicate what the participants in the process really want to communicate, in the way that seems appropriate to them; to produce social change or individual transformation through a direct video production process and produced from below.

One of the main self-narration projects developed by ZaLab is the one that led to the creation of the documentary “Like a man on earth”, the result of a participatory video course held for years in the Asinitas education center for Italians for foreigners in Rome. 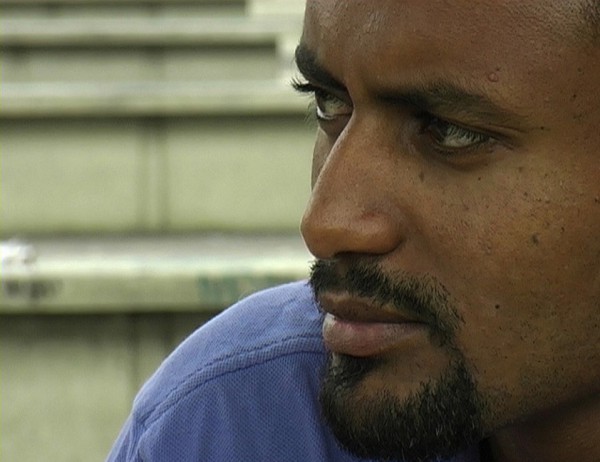 What happens when participants in a participatory video workshop decide to recall painful moments of their life – how easy it is to become a migrant yourself, an asylum seeker or a refugee, whether you want to tell the reasons for the departure,the fatigue of the journey, that deafness of asylum? Thinking backwards is necessary to be able to feel at the center of your actual history. Feeling whole, having a memory in which one recognizes oneself, is a process that needs time. And when human beings think backwards, they think in terms of stories, and they are even more able to do it when the stories become narratives of themselves to a recipient.

In this sense, the collective use of video to reconstruct, reclaim and share one’s own story can have, for asylum seekers and refugees, a further significance compared to the realization of a free, unexpected and dignified audiovisual product: a meaning that we find in the process .

After a traumatic event, the narration of self risks and losing; some experiences are so dramatic that they cannot become memory. No matter how these are tales that – ultimately – make themselves, they, in order to be able to trigger, need a recipient other than us, to open up the possibility of narration. The absence of a recipient able to accept the story makes the elaboration of the experience difficult, if not impossible. The narration of oneself does not necessarily represent the possibility of completely simplifying a traumatic experience, but more often, the assumption of its irreducible singularity and the acceptance of its enigmatic character, of its inexhaustible sense – which however finds resonance and wealth in being thanks to the story tack stitched back in the experience and to be able to speak a word in a public space.