A new portal for reports and news concerning the conditions of immigrant farm labourers in Italy. The idea came from the release of the documentary “The green blood” by Andrea Segre, the story of the demeaning and unjust conditions of life of thousands of African farm labourers leading to the rage outburst in January 2010. The immigrant rebellion has revealed the underlying economy of exploitation highly influenced by the Mafia power of  'Ndrangheta. The Observatory aims to pursue such a path of condemnation and information, triggered by the immigrants and testified by Segre's film, that is able to contribute to strengthen civil society actions against racism, slavery and Mafia. This service, hosted by ZaLab, offer an updated geographical overview, that can be directly implemented by whoever is in possession of relevant information, testimonies, photos, videos, coming from newspapers, Tv, weblogs, news websites, or from direct observation of the phenomenon.

portal of participatory information from the bottom up developed on Usahidi/Crowdmap platform topic: migrant labour in Italian countryside.

January 2010, Rosarno, Calabria. Widely publicized immigrant riots exposed the unjust and squalid conditions that thousands of African labourers, exploited by the economy controlled by 'Ndrangheta, the Calabrian mafia, endure on a daily basis. . 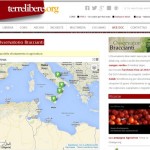 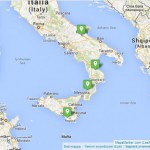 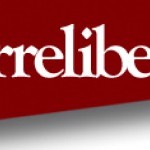 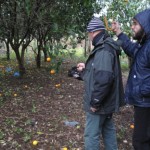