Greece 2013. In the taverns of Athens and Thessaloniki  the ancient tradition of Rebetes perpetuates its life,  and musicians offer the rebetiko, a form of Greek blues that has its roots in a past of different crises.

It is a music that is opposed, with the verses of his songs, to political and economical power  and carries a current of rebellion to passive conformity. Vinicio Capossela goes in search of these musicians and combines his music with theirs.

“Indebito” was filmed in Greece in 2012 and was presented at the Locarno Film Festival in 2013 as the opening event. Distributed by NexoDigital in more than 80 Italian cinemas December 3, 2013 , he stayed for two weeks in the Athens area and now continues to be screened in various rooms and various festivals throughout Italy and beyond. It is a LaCupa and Jolefilm production , in collaboration with RAI Cinema . 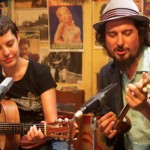 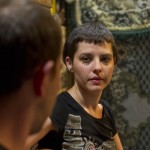 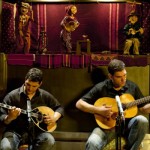 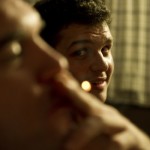