Routes through stories, art and territory accompanied by donkeys.
Lost words, words found is a laboratory that has defined and redefined the meaning of certain words. Eventually every word choice was represented by images, designs and through the artistic techniques of the quipu and kamishibai.

In that process, two donkeys have played an important role: they have brought in the school yard for a few days where a small fence was set up.

The children explored the country along with the donkeys. Especially they have visited “places where elements of human settlement and natural elements live together; natural places closed between the concrete of the city; lost places who have had a special meaning for the territory “. 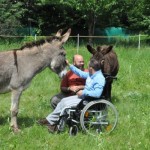 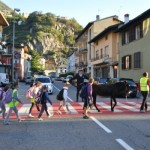 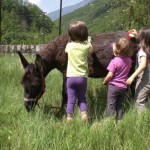 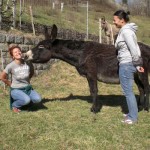 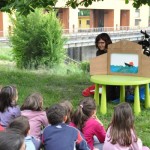 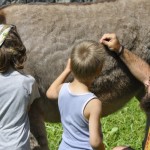 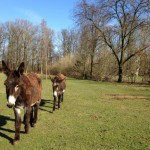 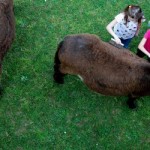