On the Bride’s Side

A Palestinian poet and an Italian journalist meet five Palestinians and Syrians in Milan who entered Europe via the Italian island of Lampedusa after fleeing the war in Syria.

They decide to help them complete their journey to Sweden – and hopefully avoid getting themselves arrested as traffickers – by faking a wedding.

With a Palestinian friend dressed up as the bride and a dozen or so Italian and Syrian friends as wedding guests, they cross halfway over Europe on a four-day journey of three thousand kilometres.

This emotionally charged journey not only brings out the stories and hopes and dreams of the five Palestinians and Syrians and their rather special traffickers, but also reveals an unknown side of Europe – a transnational, supportive and irreverent Europe that ridicules the laws and restrictions of the Fortress in a kind of masquerade which is no other than the direct filming of something that really took place on the road from Milan to Stockholm from the 14th to the 18th of November 2013.

A documentary and yet a political act, a real and yet fantastic story; “On the Bride’s Side” is all these things at once. And, right from the start, the hybrid nature of the film dictated a number of specific choices. First of all, there was the script treatment: rather than writing dialogues and character parts, we organised the journey on the basis of scenes, imagining situations in which our characters, used to the presence of the cameras, could move freely.

The filming, therefore, always had to adapt to the needs of the political act, because we really had to get to Sweden – it wasn’t just for the film. And we had to get there as quickly as possible. This obviously set an extremely demanding work rate: twelve hours a day in the car, scenes to shoot, files to download and, if we were lucky, three hours sleep a night. If there was one thing that stopped the crew from abandoning us on the very first day, it was the atmosphere that was created.

The fact that we were sharing a great risk and a great dream inevitably united us. And this experience also changed our way of seeing things and helped us in the search for a new perception of the border – for a language, which, without falling into the trap of victimism, was able to transform the monsters of our fears into the heroes of our dreams, the ugly into the beautiful and numbers into names. 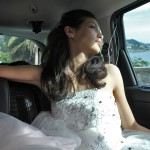 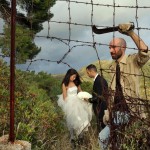 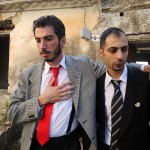 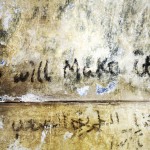 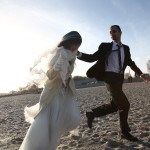 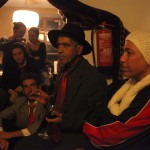 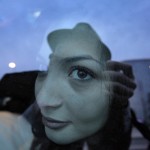