Utopia between school and borders

This is a philosophical workshop focused on the elaboration of a utopia by children. In particular, given the contexts involved it comes to developing “border utopias”, with the philosophical objective of evaluating the distance between what we are and what we want to be.

It starts from the construction of a sort of letterbox that sets off an intra-and inter-class match before next class. Reading messages, correction and analysis of behavior and relationship will undergo a phase of study on the part of educators who seek to understand any resistance or difficulty of the class.

The imagination of a utopian city discourse has also developed through an open debate among children to ensure that every child gets used to take a stand on certain issues. They have been produced or collected items to better describe utopias, but also dedicated to the correspondence with other classes. The meeting between educators, parents and students was also particularly challenging comparison. 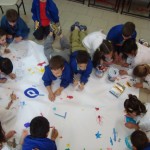 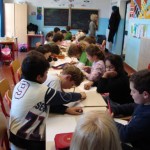 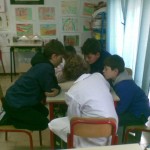