Every Wednesday, on Addis Abeba Square in Algiers, mothers and relatives of Algerians kidnapped by the national security agents rally in front of the National Human Right Commission. Forced disappearances in Algeria during the bloody years of the “war on terrorism” started in 1991 are officially 6.146 (more than 10.000 according to human rights associations): men, women, elders and youths, many of them having no relationship with radical Islamism which challenged the State power in the 90s.

It’s the victims of the State terrorism, of tortures and unlawful executions as a State answer to the aggression of Islamist parties.

Disappearances are called today “collateral damages” of the civil war. The State claims to be “responsible, but not guilty” for them. Compensation is offered to families for renouncing to the truth on their relatives.

Song for Amine tells the tragedy of forced disappearances in Algeria through the life story of Nassera Dutour, Algerian mother, who after the disappearance of her son Amine in 1997 has devoted her life to organize the families of the disappeared people into a movement, fighting for memory, truth and justice.

from a project by: Sophie Lorant et de Kouider Zerrouk

The virtual Memorial of Disappeared people in Algeria is a website for the protection of the memory of a contemporary tragedy deliberately  deleted, against National lies and the law of oblivion. 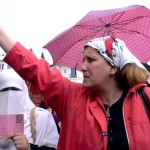 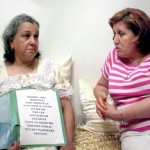 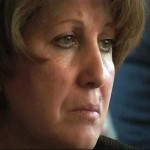 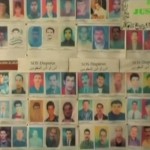