This project is available on demand here

Widely publicized immigrant riots exposed the unjust and squalid conditions that thousands of African labourers, exploited by the economy controlled by ‘Ndrangheta, the Calabrian mafia, endure on a daily basis. For a brief moment the immigrants caught the attention of the Italian public, who responded to these protests with fear and violence.

In a few hours the immigrants in question were “evacuated” from Rosarno and the problem was “resolved.” But the faces and the stories of those involved in the riots at Rosarno tell a different story. Revealing these stories and giving them voice is maybe today the only way to give back the memory of those days of violence to the whole Country.

In Italy, since the ’90s, and particularly in some areas of the South marked by a strong presence of mafia organizations, thousands of immigrants from Africa and East Europe have been exploited in agriculture deprived of any type of right and enduring unbearable life conditions. In Rosarno in particular, where the power of ‘Ndrangheta has recently increased as to cause the Municipality “compulsory administration” on evidence of mafia infiltration, immigrants exploited in the oranges collecting also suffer from intimidatory acts and menaces from small gangs near to the mafia.

For over ten years, as Giuseppe Lavorato, who was the last major in Rosarno to try to contrast ‘Ndrangheta power, says in the film, African immigrants have tried to peacefully report this situation. On January 7th 2010, after yet another episode of violence against four of them, they decided to let their rage explode and put up a very strong protest, during which some places where sacked or destroyed.

Thus in those hours Italy took notice of them, got scared and reacted with violence: Berlusconi’s government, via the Ministry of Home Affairs and Defence, declared that the protest was the result of “eccessive tolerance regarding illigal immigration” and ordered the expulsion of every immigrant in Rosarno. In the meanwhile a true hunt to the black man was started in the region by some Italian citizens probably coordinated by local mafia powers. In few hours Rosarno was “evacuated” and the problem was “solved”: just to get public consensus from the people that had been scared by the events, in television politicians were saying how order had been re-established and how the immigrants without a visa would have been quickly expelled from Italy.

This never happened. In the following days silence came down on the events, but almost all the immigrants of Rosarno were let free to go and spread around Italy: from Caserta to Rome, from Naples to Castelvolturno, while some even decided to secretly go back to the orange fields of Rosarno.

In these places of escape, few days after the protest, we met 7 protagonists of the events and we asked them to tell not only what happened, but how was their life in Italy. A first person story came out, (alternato), mixed with the historical memory of Giuseppe Lavorato reconstruction and with the images of documentaries on the work of Italian farmers in the South of Italy during the ’60s.

Thus the dignity and the courage of hundreds of young people, escaping from their country of origin in order to save and change their life, is brought in front of us.

under the patronage of: Amnesty International -Italian branch

with the patronage of Amnesty International – Italian section

A new portal for reports and news concerning the conditions of immigrant farm labourers in Italy. 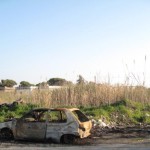 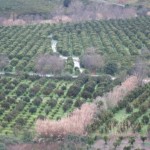 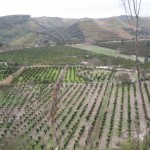 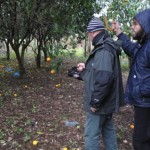 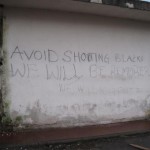 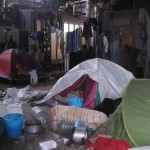 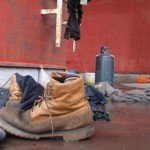 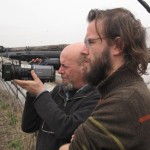