Neda is a 50 years old lady from Rome. “A Roman of Rome”, meaning that she grew up in the hearth of the Capital, walking distance from the Colosseum. Today, however, Neda doesn’t live in her neighbourhood anymore. She lives in Ponte di Nona. At the earth of the “new centralities” in Rome’s suburbs. 6 Km from the GRA (Great Ringroad), along the Prenestina road, 20 km from the Colosseum.

Sara instead, 18 years old, was born in Ponte di Nona. Daughter of an Egyptian father and a mother from Puglie, she is one of the very few girls in Ponte di Nona to go to high school.

From the very heart of a Roman “borgata” (suburb) Sara and Neda guide us in a sort of spontaneous inquiry about the dynamics of business and power influencing everyday life of many citizens like themselves.

This story tells about discomforts and rage, it tries to follow the lives and the thoughts of extraordinary people in hard places. They are photographed in the lively geometries of a great cinematographer, Luca Bigazzi. “May be things change” tells about the dignity of men and particularly of women who still have the courage to fight against social injustice and against the conflicts among poor people. 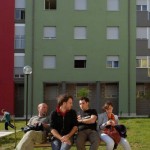 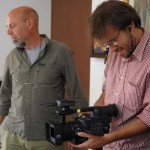 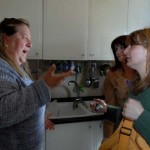 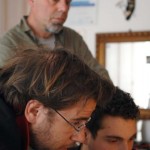 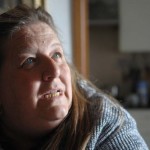 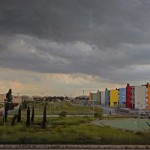 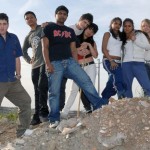