From February to March 2011, 23 thousand young Tunisians reached the island of Lampedusa, in the south of Italy.
The Italian government is torn between the urgent needs and its own rhetoric of closure and security and doesn’t know what to do. The tiny island is going to collapse.
The “humanitarian tsunami” dominates the political debate of those days: they call it an invasion, accusing Europe to “leave us alone”. Northern and Southern Italy as well as the Government and the opposition rebound responsibilities and human beings.
Just a few talk about the paradox of a country of sixty million inhabitants, for twenty years in the centre of Mediterranean migration, unable to handle a peak of 6 thousand people on a overall flow of 23 thousand refugees: just the 0,04% of the Italian population.
What is not never mentioned is what is left of the lives of these young people of the revolution and the change of regime they’ve just gone through: these are two of the most important events in the Arab history of the last thirty years, and these are also two of the main reasons that pushed them to leave.
Our inability to understand the situation becomes an incapacity to accommodate. The flow from Tunisia turns into a pure matter of law and order.
On March 5th 2011, the Italian Government and the Tunisian interim Government sign a bilateral agreement. Tunisia contracts to intensify controls on its own shores and accepts forced repatriation for all the Tunisians landing at Lampedusa after the midnight of that same day; Italy, on the other hand, promises to provide a six months temporary residence permit for humanitarian reasons for all the people already arrived on its shores before that date.
After some days of absurd overcrowding in Lampedusa, while waiting for these permits the young Tunisians are moved to some first reception camps that, for almost two months, become the second gateway to Europe. There we met them.
We’ve spent many days talking to them through the thick nets of the camp of Palazzo San Gervasio (Pz), among olive trees and in the orange groves encircling the camp of Mineo (Ct) and also around the makeshift  fires in front of the camp of Manduria (Ta).
Five of these young men, five simple guys, tell us their stories.
Five different stories but with something in common: the duress, the repression and the misery of the long years under Ben Alì and the relief of finally been able to talk about it, the pride of the revolution and the decision to leave for urgent change, out of curiosity, in search of experiences, or simply because for the first time in twenty-three years there was that possibility, and clearly such a possibility wouldn’t have lasted for long. In one word they claim a right, the right to travel, the freedom of movement that their European age mates have for granted.
Five stories connected by a curious and disappointed, but never defeated, glance resting on the unexpected facets of freedom, travel and Europe. 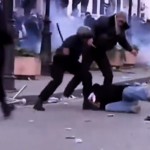 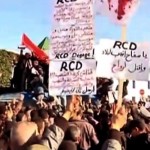 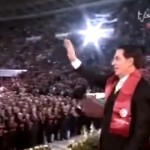 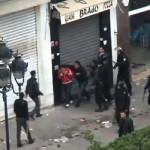 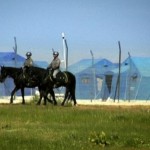 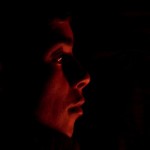 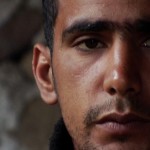 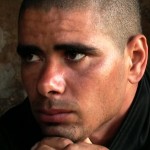