In the sixties, thousands of people from Maghreb left to Belgium to find a work. Among them, there were women who one day have left everything to follow their men in a strange land. “Patience, patience. T’iras au paradis!” (“Be patient and you’ll go to heaven!) is the refrain repeated a thousand times to help these women to endure their lives without ever complain. 50 years later, that’s the curiosity for the emancipation that moves them. These women are rediscovered incredibly joyous, capable of deep un’autoironia and totally uninhibited. This film accompanies them in their many discoveries, with the simplicity of their ballads, the warmth of their femininity and their humor …

Journalist, director and presenter, Hadja Lahbib is known to the general public to be one of the faces of RTBF. She presents the news of the RTBF and two cultural programs on Art- Belgique channel. Reporter from the four corners of the globe, Hadja Lahbib was consecrated a few years ago to the culture and directing. “Patience, patience. T’iras au paradis!” is her third documentary.
Filmography:
2007: Afghanistan. The choice of women (documentary, 52 minutes)
2008: The neck and head (documentary, 26 minutes). Made in the village of Umoja women in northern Kenya
2014: Patience, patience. T’iras au paradis! (Documentary, 85 minutes)

First, there is the desire to talk about those women who usually are not noticed, the possibility to discover a hidden reality, to lift a veil, the veil of these women of the first generation of North African immigration.

These women one day have left everything to follow their men to an unknown land, where they still live today, half a century later, as foreigners. What they have to say today, after foifty years living in Belgium?

In January 2012 the project was born from the festival “But Daba-roc”, that made me discover many sacrificed women, dull, without dreams. They had given everything for their children, their husbands and did not expect anything from life. I was amazed at the dedication of these women, even though they have raised from their obligations. They were free and curiously prisoners of their fate.
And then there was Tata Milouda, a Moroccan woman became an actress at fifty.

At the origin of this “miracle” there are courageous women with an exceptional character, but also the existence of an association which proposed to these women literacy classes. Learn to read and write has given freedom to Milouda Chaqik: “My pen, my notebook, my freedom” became the refrain then, the creed of his show “Tata Milouda and long live freedom” that she brought on stage for the first time in Casablanca in February of 2012.
Then, it happened that Mina, the mother of a friend from the diametrically opposite fate, she was in Casablanca in that period. Mina has the same age as Tata Milouda, are from the same village, but her life was limited to a back and forth between Casablanca and Brussels.

With the complicity of her daughter, my friend Mouna, I took Mina to see the show of Tata Milouda. The shock i expected, has finally arrived. On his return to Belgium, Mina enrolled in the literacy classes at the association “Dar el Amal” and, to my surprise, Mina took with her her best friend, Warda, who is none other than my mom.

Very quickly, a beautiful complicity raise between Mina, Warda and other women in Dar el Amal. After a few weeks a group of seven women has formed and Tata Milouda intensifies her trips between Brussels and Epinay-sur scène, in the Paris suburb where she lives.

Together these women will follow swimming lessons, IT, French, they leave for a trip in the Ardennes,  to discover the North Sea. They will make a lot of meetings, including one with the singer Arno. During their journey, they will show a joy and a deep sweetness, laughing about everything and nothing, capable of unexpected humor and witness.

My aim was to let evolve these mothers of more than sixty years, almost without interview them, following them in the most natural way possible in their conversations, in their full humor. Very quickly they forgot the presence of both the camera and the crew. At that point, even topics such as the wearing of the veil or the relationship with men could be faced. In that way we discovered their expectations towards men, the hopes for their children, their attitude to society today, in an intimacy that is rarely offered to the general public.

We found out, during the months spent together, an incredible energy, a desire to live and to discover what had been closed to them, with an unexpected witness. Six women gathered around a shared dream, side by side with a concept to grasp: freedom. 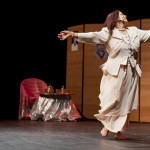 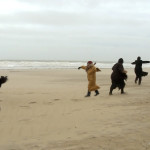 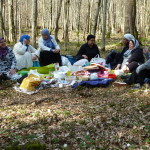 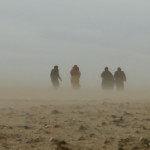 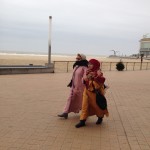 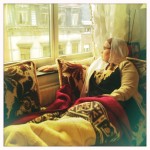 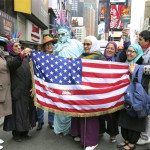