For a century the Dolomite’s men (Alps regions, North Italy) emigrated to England to work as knife sharpeners. Nowadays the descendants of these emigrants are leaders of the food equipment industries in London, a profitable business worth 10 million pounds per year, including small to middle sized family-run enterprises.
Sharp families narrates the evolution of this Italian community and follows the journey of the integration and of the success of three families, achieved due to a very simple idea with which they transformed a humble job in a global business.
Paul and Povi are the “young ones”, born and bred in London, who continued the family business trying to keep their companies up to date, changing some of the rules of the “old ones”. The risk involved in the passing down of the business between generations is the total loss of the community bond and therefore internal and external competition. The community survives competitors thanks to the London Grinders Association, whose founder, Armo, is the watchdog
of the manufacturing know-how.
Every summer the sharp families spend their holidays in the Dolomites Valley, Italy, where Bernardo, the oldest grinder still alive, organizes a polenta-party to help keep the families united and strengthen the business.

A few years ago I had the experience of living in London. It was an escape from a little mountain village in Italy, where nothing too exciting happens very often. In time, I decided to return to my roots.
Initally, this story begun from the sheer pleasure of conversing with old people like Bernardo, regarding the conflicting bond that emigrants develop with their country of origin. Following that, I discovered the Grinders tradition and their organised community in London. The secret of their success lay in the solidarity they had amongst them, and their strong attachment to their homeland.

Nowadays, this can be viewed as a positive example for those who are obligated to leave Italy, and contrary to my experience, they may never return. To narrate this story that evokes legendary elements, I chose not only to describe the characters but also to include the places where these events took place, the metropolis and a little village. It can be seen as a positive outcome of emigration, that underlines the depth of challenges that this small community made, and continues to make today stemming from two realities that are poles apart. From the viewpoint of the country of arrival and departure it can be interpreted as an instance of a positive development and growth. It demonstrates that ones identity lies at the base of the challenges encountered against a globalisation which tends to standardise places and social groups. 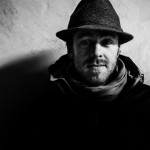 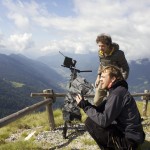 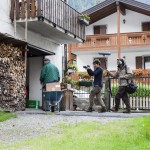 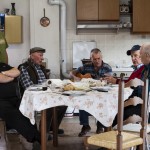