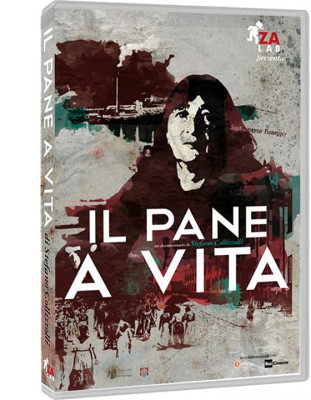 DVD: My Bread and Butter by Stefano Collizzolli

In the history of a closed factory in three hours after 123 years, the reality of work in Italy.

This Dvd contains two films about the economic crisis in the Bergamo area: “My Bread and Butter”, the documentary on the workers of the textile factory Honegger, and “It’s over,” the documentary about workers of the Cividini building factory.
The cotton mill Honegger closes  in October 2012 after 123 years, in region where the work is quiet a religion.
The job at Cotton mill was usually passed from mother to daughter and new workers were certain that he had found “ol pa ‘n Veta”, that means the bread for life.
Following during a winter the daily lives of three workers in layoffs, the film tells the end of a working model and the emptiness that follows.
A passage that concerns the whole of Italy, which has lost a quarter of its industrial capacity in the past five years. A passage that Italy has not clearly addressed: now that is over the bread, as we reinvent life?