The Order of Things

Corrado is a high-ranking official at Italy’s Ministry of the Interior, specialized in international missions to combat illegal immigration.

The Italian government has chosen him to deal with a thorny problem affecting Europe’s borders: illegal trips from Libya to Italy. Corrado’s mission is highly complex; post-Kaddafi Libya is afflicted by deep internal tensions and the task of bringing together Libya in its present situation and Italian and European interests seems impossible. Corrado, along with his Italian and French colleagues, navigates among the corridors of power, the ports and immigration detention centers.

He is very tense and becomes even more so when he breaks one of the fundamental rules of self-defense of the people who fight immigration – never meet migrants, never consider them anything other than numbers. Instead, Corrado meets Swada, a Somali woman who is trying to escape from the Libyan detention center and cross the sea in order to join her husband in Europe.

How can he reconcile State law and the human instinct to help a person in difficulty?
Corrado searches for an answer in his private life but his state of crisis becomes increasingly severe and insinuates itself dangerously into the order of things.

Three years ago, when I began to work on this film, I didn’t know that things between Italy and Libya would have gone exactly the way we have recounted them, but unfortunately, I imagined they might.
For many months, Marco Pettenello and I met with a few “real Corrados” and as we spoke with them I sensed that Italy was preparing to send migrants back to the Libyan detention centers. No one said so publicly but now, when the film is being released, it’s all being done in broad daylight. I hope the movie will help people reflect on what is going on nowadays and on the long-lasting consequences we will experience for years to come.

In fact, I believe that many of us share Corrado’s circumstances, in this era which seems to have metabolized injustice. The tension between Europe and immigration is calling into question the very identity of Europe. Corrado and his story recount this identity crisis. Through him, his discipline and his emotional tension, I have searched for these same aspects of our civilization and our time.

We are fully aware that we are abdicating our principles by denying rights and freedoms to human beings outside our space, but we try to not say so or even to be proud of it. This is the crisis which guided me, ethically and esthetically, as I recounted Corrado’s world, a world as reassuring as it is disturbing. 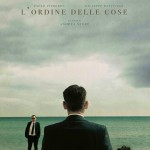 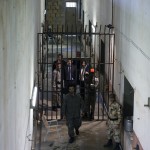 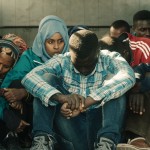 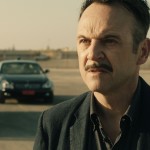 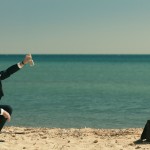